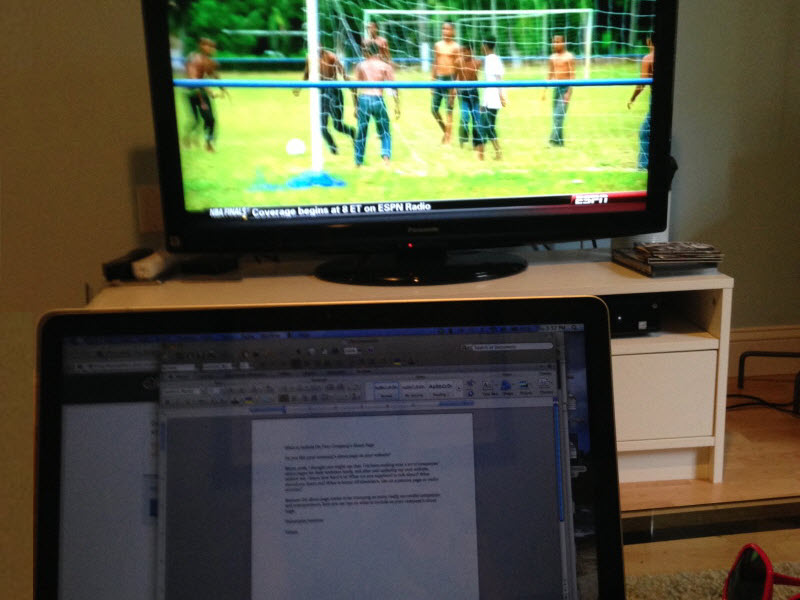 Posted at 13:50h in Growing Your Business by Monika Jansen 0 Comments
0 Likes

I grew up with a Hungarian father who loves soccer. I have 2 brothers who played soccer when they were kids. I am married to a Dutchman who plays twice a week and coaches our son’s soccer team. So, yeah, soccer has always been big in my life (and of course the, um, physique of the players and their tendency to take off their shirts at the end of a game is just the icing on the cake).

Because I am spending so much time gorging on one World Cup soccer game after another lately, it’s gotten me thinking about the parallels between soccer and being a small business owner. Here is what the World Cup can teach us about running a business:

Go in with a positive attitude

Only one team can win the World Cup, but all 32 teams who qualified have to go into every first round game with a positive attitude, no matter how formidable the opponent. You might not love to write, balance the books, or confront an employee whose performance has been less than stellar, but keep a positive attitude and just plow through. After all, the sooner you start, the sooner you’ll finish!

Coaches and their teams have a list of winning strategies, formations, and pass combinations. They go into every game armed with these tried-and-true methods and trust that they’ll work. As small business owners, we have tried-and-true rules to live by, too. For example, I strive to be honest, helpful, thoughtful, and cheerful, and they seem to be working pretty well. What are yours?

It is really frustrating to watch a team kick sloppy passes that are easily intercepted, fly too far through to air, or don’t go far enough – especially knowing the player’s skill level. Presenting sloppy work to a client because you’ve run out of time is not the answer. If you can’t deliver when you promised, be honest about why and hold off on delivering it until it lives up to your skills and reputation.

When you mess up, don’t blame someone else

During any given soccer game, you’ll see at least one player protest a foul he’s just been called on and attempt to deflect the blame elsewhere. I have yet to see a ref agree with the player and change his mind on the call. Own your mistakes, apologize, make amends, and move on.

During yesterday’s Netherlands vs Chile game, the Chilean players kept throwing themselves on the ground in their attempts to foul the Dutch players and thus gain an advantage. That’s not soccer, that’s cheating via a cheap shortcut. In soccer as in life as in business, shortcuts gets you nowhere (Chile lost).

Fall back when you need to

When a team is trying to move the ball forward but keeps getting stopped, they will fall back. The defensive players and mid-fielders wil kick the ball among themselves until a pass to a forward player is possible. It’s OK to fall back on your employees to help you if you’re feeling stuck or simply need help. Sometimes, it’s the only way to move forward.

A soccer team’s fans provide an incredible amount of positive energy and support that sustain a team and keep it playing its best. Your fans – your clients, partners, vendors, friends, and family – can do the same for you. Ask for feedback, and work to make improvements so you too can live up to and surpass their expectations.

What else have you learned from the World Cup – or sports in general – about running a small business?

Business Advice For Taking Over the World

What Is Your Company Thankful for This Year?

How to Grow Your Business and Have Work-Life Balance