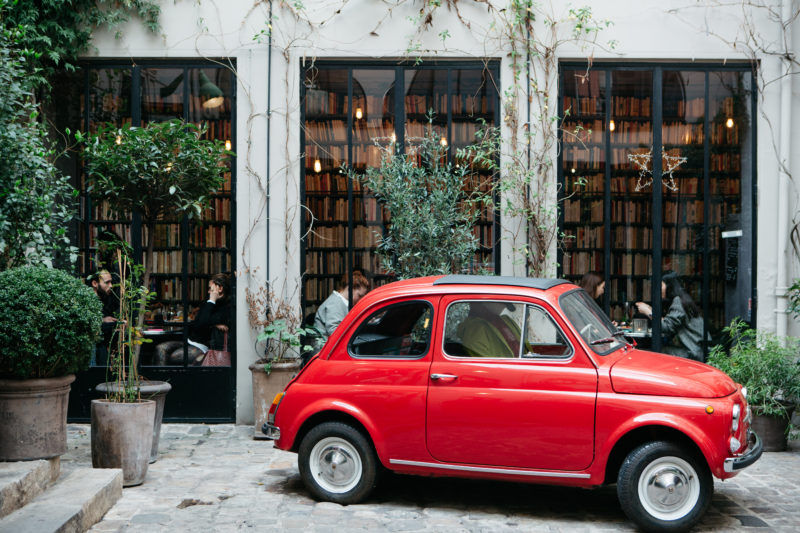 30 Nov 7 Psychology of Marketing Principles That Can Drive Sales

Posted at 07:00h in Marketing by Monika Jansen 0 Comments
0 Likes

A lot of consumer behavior can be explained by basic psychology of marketing principles. If you want to drive sales, here are the seven that can have the biggest impact on your business. (These marketing projects can also help).

Color plays a critical role in marketing. It has been proven that color influences behavior, brand perception and decision-making, so this is definitely a psychology of marketing principle to remember!

Let’s dive into how colors in branding influence us:

Blue: Has a calming effect and represents strength, wisdom and trust. It also suppresses appetite.

If you want to learn more, this infographic rocks.

Takeaway: Think carefully about the colors you use in your branding and marketing and how they will influence people.

Though it is fueled by social media in our modern age, FOMO has actually been around forever. If you didn’t know about a new threat to your tribe – like a herd of dinosaurs that moved in across the valley – your very survival was at risk.

FOMO is not (typically) life-or-death in the 21st Century. You can certainly survive without the iPhone X or scoring a reservation at the city’s hottest new restaurant – but your brain is wired otherwise.

According to clinical psychologist Anita Sanz, the brain is actually wired to sense if we’re missing out. “The amygdala [detects] whether something could be a threat to our survival. Not having vital information or getting the impression that one is not a part of the ‘in’ group is enough for many individuals’ amygdalas to engage the stress or activation response or the ‘fight or flight’ response.”

And thus, FOMO kicks in when you scroll through Facebook and see your best friend with their shiny new iPhone X.

Takeaway: Use FOMO words in marketing. They include: special, limited, popular, exclusive, insider and rare.

This principle gained widespread recognition thanks to Robert Cialdini’s book, Influence: The Psychology of Persuasion. If you do something for someone, they are compelled to return the favor.

Like FOMO, it has helped ensure our survival. The noted archaeologist Richard Leakey said, “We are human because our ancestors learned to share their food and their skills in an honored network of obligation.” As you might expect, reciprocity is deeply ingrained in every culture.

When it comes to marketing, it can take many forms:

Takeaway: Giving freely, with no strings attached, builds trust and acts as the foundation of strong relationships.

Another psychology of marketing principle first espoused by Robert Cialdini is social proof. His theory posits that if you don’t know what to do in a certain situation, you will look to others for guidance.

Not all social proof is created equal, though. We are more likely to trust social proof from people who are similar to us (based on age, gender, community, etc.) and who we perceive as experts. We are also influenced by numbers. The more five-star reviews a hotel gets, the more we perceive those reviews to be accurate.

So now you know why online reviews and recommendations – even from total strangers –are so impactful on consumer behavior. If you want to know how to use it in marketing, my friends at TrustMary wrote a great article about it.

Takeaway: Keep asking for reviews, testimonials and recommendations. They make a difference in whether someone contacts you – or moves onto your competitor.

On the surface, you might view the psychology of scarcity as wanting something you don’t have. But in marketing, it’s much more powerful than that.

You are familiar with the scarcity heuristic. It happens when we place a value on an item based on how easily it might be lost. It also explains why we believe an item is even more valuable the harder it is to get.

There are a few variations:

Quantity: We fear losing access to something if its quantity is diminishing. Now you know why capsule collections from top designers sell out immediately at Target and H&M.

Rarity: If something is impossible to replicate or duplicate, it is more valuable. This explains why Da Vinci’s Salvator Mundi just sold for $450 million.

Time: If you have a limited time to do or buy something, you feel more compelled to act. A call-to-action like “Our biggest sale of the year ends tomorrow” spurs a frenzy of purchases because the opportunity to save money is about to end.

Restriction: If something is censored, we want it. And now you know why your son keep begging you for video games that are rated M (for mature audiences).

Takeaway: Use this principle when creating special offers, sales or events. If you make a product or service scarce, people will be compelled to act.

Fear of loss states that if you have something, you don’t want to lose it. A corollary to that is an economic principle called loss aversion. We prefer to avoid a loss over an equivalent gain. For example, we think it’s better to not lose $5 than it is to find $5.

Yes, this is completely irrational.

So let’s look at this in a different way. Framing the transaction as a loss or a gain will affect people’s behavior. People are more likely to avoid a $5 fee (loss) than get a $5 discount (gain).

In marketing, remind people what they’ll lose if they don’t take action. Yes, you want to talk about the benefits, too. But when writing your call-to-action, skip over benefits and talk only about what they’ll miss.

Takeaway: Losing something is a much more powerful motivator than gaining something. Makes no sense, but it can drive sales.

The way a product or service is priced makes a big difference.

On the flip side of charm pricing, we have prestige pricing. The car in our example above would be listed at $25,000 and the can of tomatoes at $2. A round number is easier for our brains to process and it also effects our feelings about the product.

Two researchers who studied this phenomenon in 2015, Kuangjie Zhang and Monica Wadhwa, found that consumers were more likely to buy a bottle of champagne when it was priced at $40.00, rather than an odd number like $39.72 or $40.28. Interesting, isn’t it?

The psychology of marketing is a fascinating field.

Commit to incorporating one or two of these psychology of marketing principles into your overall strategy. See how it goes – and then add in another. Good luck!

How to Create a Kick-Ass Sales Presentation

What Makes a Call to Action Kick-Ass – Not Just OK?