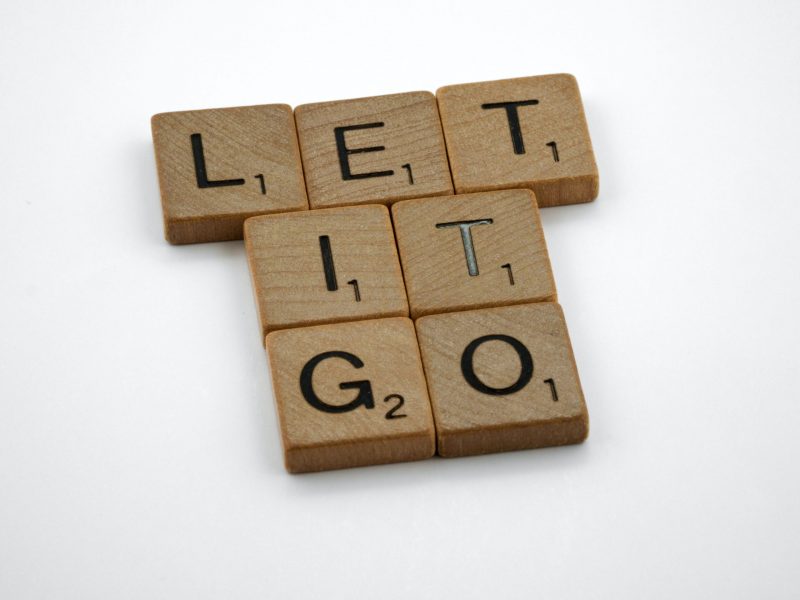 15 Apr My Big Clubhouse Fail and a Lesson on Forgiveness

A few weeks ago, I wrote about Clubhouse, the audio-only social media app that is taking the world by storm. After asking a few friends what they liked about it, I was stoked to try it out. So I did. And this is the story of my big Clubhouse fail.

On a Thursday evening, I was finishing up work when my friend Jeff sent a push notification through Clubhouse saying, “Hey, you might want to join this conversation!” I adore Jeff, so I knew the conversation must be good.

I hit “join” and was directed into the room Jeff was hosting on Clubhouse. Jeff was talking, and I could see the other people in the room. I didn’t know them, which is good – new people to meet!

Jeff introduced me, saying I was the best copywriter he’d ever worked with. I blushed, virtually of course. A couple of women in the room piped up that they’d love to connect, because they needed a good writer for upcoming projects.

I couldn’t believe it. It was my first time in Clubhouse, and it was already generating leads! My friends were right! This app is amazing!

Being a good marketer and networker, I took note of their names and connected with them on LinkedIn. After some back and forth over the course of a week, I set up a call with one of the women, Amy.

I didn’t know it then, but the following two weeks would turn out to be one of the most stressful times of my life.

Back in February, my husband took our sweet 10-year old dog, Buddy, to the vet. He’d been favoring his rear left leg and we wanted to make sure it was just arthritis. An X-ray revealed the news we were not prepared for: cancer. 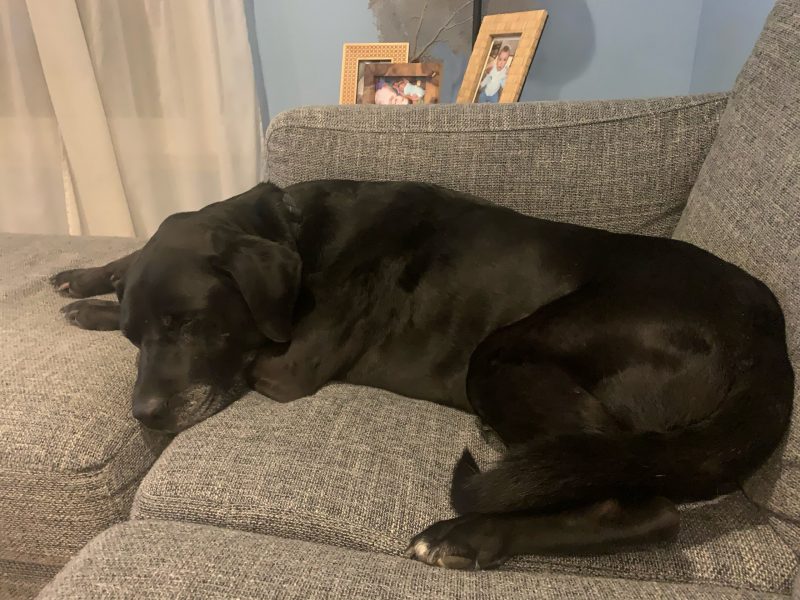 Here’s Buddy after his cancer diagnosis, in his favorite spot on our family room couch.

Buddy went downhill quickly. On a Tuesday morning, it was apparent that despite being on the max dosage of narcotics we could give him, he was in tremendous pain. He didn’t get out of bed except to hobble outside for a bathroom break. When he refused his dog food Saturday morning, I had started feeding him human food – Liverwurst! Ham! Oatmeal! Carrot! Apple! Rice! – just to get some food in him. He was no longer sleeping through the night.

Through tears, I looked at my husband and said, “We’re keeping him alive for us, but at what cost? He’s miserable.” I called the vet and arranged to have him put to sleep that evening.

On top of that, we were preparing to sell our house. Two days after Buddy went to Doggy Heaven to play with his best friend Max, we packed up and went to my parent’s beach house for the weekend. Not a bad place to ride out a house sale during a frantic seller’s market, but when you’re mired in grief-induced depression, who cares where you are.

I was still a mess the following week. I forced myself to eat so I wouldn’t pass out. I cried at random intervals. I carried around Baby Yoda and sniffed Buddy’s favorite toy, Kill Bill. I washed and packed up his dog bowls. I stared into space.

Is it any wonder that I fucked up my call with Amy?

A few minutes before our scheduled call, I looked at my LinkedIn message thread with Amy to see if there was anything I missed. Lo and behold, there was.

In my last message to her, I said, “Hey, I use Google Meet – hope that’s OK!” Her response, which I was reading for the first time, stated simply that she doesn’t use Google Meet.

In my haze, I interrupted that as, “Could we use another platform?” I emailed her quickly with a link to Zoom. I logged into Zoom and waited. Meanwhile, she had logged into Google Meet and was waiting for me there. But I didn’t know it.

When I realized what had happened, I was beside myself. How could I mess up something so basic? I apologized profusely and asked to reschedule. Amy was terse and angry in her response. I was floored. I had made a simple mistake and owned up to it immediately. But forgiveness and compassion were not forthcoming.

A lightbulb went off. She is not an ideal client. Someone who can’t forgive another human for making a small (and largely inconsequential) mistake is not someone I want to work with. I am 46 years old, and I still make mistakes all the time. I’m human, after all.

So this is my message to you: Don’t beat yourself up when you make a mistake. This past year has put us all through the wringer, often multiple times and in unexpected ways. We are still trying to do our best, and failure is OK.

Am I giving up on Clubhouse? Not at all. But with an impending move across the country and a kid graduating from high school in June, I’m giving myself the space to say, “Not right now.” And I’m giving you permission to do the same.

Image by Brett Jordan via Unsplash

What the Heck Is Clubhouse and Do I Need to Use It?

The Cobbler Has No Shoes, or How I Fail as a Copywriter

Why Social Media Matters to Your SEO Strategy