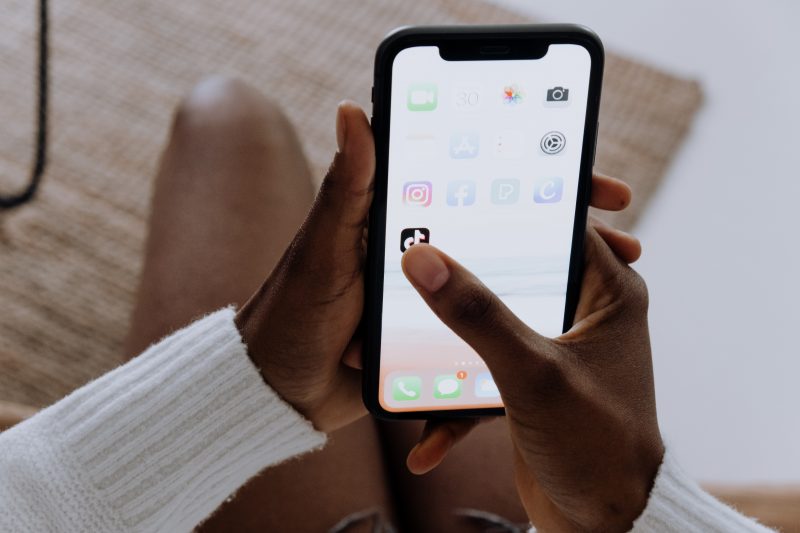 29 Sep Why I’m Not Using TikTok for Marketing

Over the summer, I was starting to feel a little FOMO. My kids were constantly sending me really funny video clips from TikTok. I’m funny, and I like to laugh. So I kept asking myself, should I be using TikTok for marketing?

I finally came the conclusion that no, I’m not gonna use it.

I don’t need TikTok for marketing

I already have good visibility online, and I get a steady stream of referrals to prospective clients and new projects from existing clients.

My company is a manageable size for me right now. I spend about three-quarters of my time on client work, and the rest on marketing, project management, and administrivia. I work four days per week, and I’m earning the income I want.

Plus, I’m one person. I have a small team, and I like it that way. I found that when I scaled up, I became a project manager. I didn’t start my agency to manage people and projects. I started it to write.

Anyway, with my marketing channels already working well for me, I don’t see the logic in doing something new that may not work well for my business or that I might not enjoy.

And the other reason I am not going to touch TikTok is because:

I don’t trust it

And the people I know in cybersecurity don’t trust it either.

The Washington Post reported that in June, FCC Commissioner Brendan Carr raised concerns with Tim Cook, CEO of Apple, and Sundar Pichai, CEO of Google parent Alphabet, over TikTok’s Chinese ownership, saying that “it harvests swaths of sensitive data that new reports show are being accessed in Beijing.”

I’m not paranoid, nor am I naïve about the amount of surveillance we are already subject to. But the fact that Beijing-based employees of TikTok’s parent company, ByteDance, have repeatedly accessed private information on US users doesn’t sit right with me. If it’s not already, TikTok has the potential to be used as a mass surveillance tool by a foreign power that we’re not exactly on friendly terms with.

Even one of my favorite bloggers/thought leaders, Scott Galloway, who is no slouch when it comes to promoting the best parts of capitalism and free speech, has called for it to be banned. He and I both abhor Senator Ted Cruz, but we agree with him when he said:

“TikTok is a Trojan horse the Chinese Communist Party can use to influence what Americans see, hear, and ultimately think.”

As Scott said, “The platform’s potential for espionage is a concern. Its use for propaganda is a clear and present danger.” (You can read his full diatribe against TikTok here.)

Oh, and did you know TikTok is not available in China, a country that is notorious for tracking its citizens? That tells you everything else you need to know about why I don’t trust the app.

Should you be on it?

That’s the million-dollar question. My friend Nicole made a really good argument for TikTok back in July. Her full post is here but I pulled out the choicest bits for you:

Kids under age 18 are in the minority when it comes to users. 72% of all users (just over 1 billion adults) with buying power spend time on TikTok.

TikTok’s algorithm makes it easier to get found. You don’t need to have a large following, nor do you need a track record of high-performing content. Instead, content is recommended based on each user’s unique interests.

Those are both checkmarks in the pro-TikTok column.

So let’s go back to the reasons I’m not on TikTok and probably never will be, and look at it from your point of view.

Are your current marketing channels not working?

If you’re struggling to break through the noise and reach your target market, TikTok can certainly help in that area, whether you’re B2B or B2C. But let’s not put the cart before the horse.

Do you use TikTok now? I’m betting the answer is no, so download the app and spend some time on it. You need to understand how it works before you start posting.

And while you’re on it, look for content from other small business owners and companies in your industry. What are they posting? What are people engaging with?

After a few weeks on TikTok as a user (rather than a creator), does posting regularly feel like something that you’d enjoy doing?

If the app doesn’t feel like a natural fit for your brand – or you – don’t bother. (And I’d say this about any channel, by the way.)

If TikTok seems like it would be a worthwhile investment of your time – and be super fun – go for it. Just remember that it might take time to get some traction, so give TikTok at least three months.

Are you comfortable with the risks?

We all have a different risk level, so if you’re OK with the security concerns that have been raised, I’m not going to argue.

As you may know, the Biden administration has been trying to resolve these concerns – but negotiations are not going that smoothly. Bloomberg just reported that:

“The Biden administration and TikTok are working on an agreement that would let the video-sharing site keep operating in the US, but negotiations have stalled over concerns that the company’s Chinese ownership poses a national security threat, people with knowledge of the matter said.

“Once reached, the agreement would allow the platform to continue operating in the US, though it would place additional restrictions on how data from US users is stored, said the people, who asked not to be named discussing a national security matter.”

If, like me, you’re squeamish about what information is being shared with/accessed by the Chinese government, keep your eye on the news. I do hope there will be an agreement, and when there is one, you may want to reconsider.

But I still won’t be joining TikTok, simply because my marketing channels are already working very well for me.

What do you think?

If you’re using TikTok for marketing, I’d love to hear how it’s going. What are your TikTok marketing goals, and are you reaching them? What do you like most about the platform?

If you don’t want to join TikTok but you just want ONE marketing channel to work well for you, let’s talk. You can schedule a one-hour consultation, and we’ll look at what you’re doing and what changes may help you get more traction. Just shoot me a note here to kick off the convo.

How to Choose Social Media Platforms for Marketing

The Only Social Media Marketing Tips You Need To Succeed

Marketing Ideas and Trends I Can’t Stop Thinking About